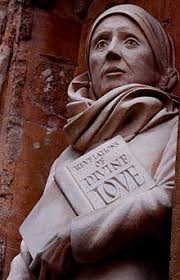 Have you ever met a prophet?

I’ll bet you have but have not known it. Prophets are not only in the Bible. A prophet is neither a fortune teller nor a foreteller; a prophet is a person reflecting God’s will. Many prophets are not attached to an organized religion, as it was even 3500 years ago. Prophets follow God’s will, not a religion’s tenets.

Prophets are not political; in the Old Testament, prophets often warned the leaders of possible impending misfortune when the leader was not following the will of God. The diaspora occurred due to the weakness of the Israelites; some interpreting it as a punishment from God for disobeying.

Jesus was himself referred to as a false prophet by the leaders of his time. The Pharisees and Sadducees were too isolated due to their interpretations of Jewish law, thus calling Jesus, who brought God’s word to the people, a false prophet and demanded he be removed. Jesus is truly a Prophet of God, the Son of God, whom even Islam recognizes as a great prophet.

So, I ask the question again, have you ever met a prophet? I cannot think of one that I have met, but I have read several in history, such as Julien of Norwich or St. John of the Cross, who have inspired me greatly in my thinking and my writing. Personally, I use the Bible as a source for most of my writing, although this was inspired by a message from Richard Rohr.

I just want to make us think today!