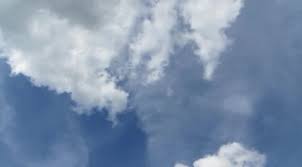 And the Lord said to Samuel, “Heed the voice of the people in all that they say to you; for they have not rejected you, but they have rejected Me, that I should not reign over them. 8 According to all the works which they have done since the day that I brought them up out of Egypt, even to this day—with which they have forsaken Me and served other gods—so they are doing to you also. 9 Now therefore, heed their voice. However, you shall solemnly forewarn them, and show them the behavior of the king who will reign over them.”

This warning from God, written over 3000 years ago (approximately 1000 BCE) clearly demonstrates humanity’s fall from having God as the ultimate leader. Whether we elect a president, a prime minister, have a king, or a dictator, none of these people are ruling from the throne of God’s majesty. When we add money, the idea of wealth, into the formula, we have a society that is so far removed from the concept that we are God’s people, not people from a specific area, that we no longer have the right to call ourselves people of God.

From the Christian Gloria in excelsis, are the words: For You alone are the Holy One/

In my meditation this morning, I will take time to renew my relationship with God, connecting spiritually with others around the world who bring God into their lives. I never insist that people worship God, but I do extend the invitation for them to join me.

retired literature and writing professor; I write spiritual, meditative, and prayerful blogs. My life is devoted to prayer and healing prayer for all I meet. View all posts by rkcdlitt